Remember when gigs mostly referred to music jobs or other cool, hippie-like short-term engagements? Investopedia defines a gig economy, as one where “temporary jobs are commonplace and companies tend toward hiring independent contractors and freelancers instead of full-time employees.” Many experts note we are in that economy with approximately one third of our workforce as independents per a recent NPR report. Last year CNN reported that that 44 million Americans make money outside of their job with side jobs.

Read on for a new series sponsored by the Carnegie Library of Pittsburgh called “Side Hustle” featuring several gig economy programs.

Sometimes a person chooses entrepreneurship or contract work for freedom and independence. Sometimes it’s a part-time gig to supplement retirement income or a low wage job with an employer. And sometimes it is all a person can get whether due to ageism, lack of skill or other barriers.

Prudential conducted a research study which illustrated some of the plusses and minuses of the gig economy. The research showed gig worker income at $36,500 per year compared to $62,700 for full-time employees, but people were working a median of 25 hours per week as compared to 40. Maybe that’s why they are happy with their choice with only 19% wanting to move to a traditional work arrangement. Of boomers in the gig economy, 75% said they are “extremely satisfied with their work situation”. Click here for more on the research about the pluses and minuses of working in the gig economy.

March 7: Driving for Uber or Lyft

Click here for information on all four and to register.

While hanging out on the porch of Angel House in Lilydale, I enjoyed striking up a conversation with Adrienne who was vacationing with her daughter.  While I naturally didn’t start the conversation with the typical “what do you do” somehow chatting led to her sharing a bit of her work history (I guess that’s not uncommon that a career counselor’s conversation goes in that direction).

It turns out she recently retired now in her mid-eighties. [Full disclosure is that although I wrote down some notes, in my unpacking I can’t find them, so some editorial license here.] 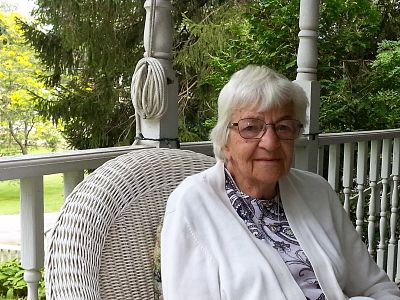 She had actually retired already as an office worker. Then through conversation at a church activity with the Catholic Daughters of America, she started up again part-time though she wasn’t actually looking to. (Remember NETWORKING happens at all ages, and actually is the best strategy if you have a challenge such as age or gap in work history.)

I think she said she had been retired for seven years when she went back to work. I asked her why she decided to come out of retirement: She said she likes to keep busy!  Well, maybe that’s what keeps her so active and alert!  We met as she was doing a crossword puzzle and shared that she does a 40 minute walk daily.  I think that was the answer to my question of what keeps her so young!

May you be inspired to stay active and young at heart like Adrienne! And if you’d like some help doing that happily at a job, please contact me.